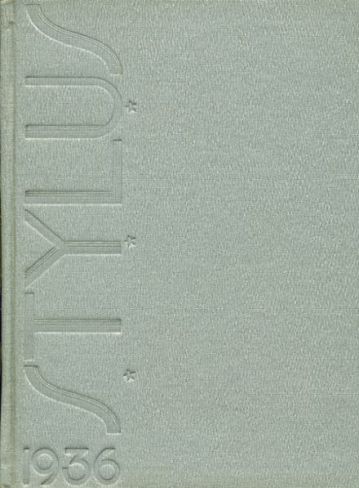 I was at a yard sale looking through a box of old books when I saw a 1936 yearbook from Glendale High School in California. The name “Ben” was written at the upper right corner of the first page. The yearbook was full of the usual notes from classmates and also some newspaper clippings about Ben’s academic and athletic achievements. I looked around for the owner of the house and found him carrying more boxes out of the garage with the help of his two young sons.

I asked him, “Are you selling this?”

I asked if he knew who Ben was. He said he was his grandfather.

I couldn’t understand why anyone would want to get rid of such a precious family memento, especially for such a paltry amount of money, so I asked if he was sure he wanted to sell it. He said yes again with a slightly impatient tone as he began talking with another customer.

Though he obviously had no interest in it, I still wanted to encourage him to keep it, if not for himself, for his children, but then thought maybe he had his reasons for letting the yearbook go. Family emotions are complicated. I felt sorry for his sons who would never get to look at this window into their grandfather’s life, and almost didn’t buy it for that reason until I heard him tell someone, “Anything that doesn’t sell is going to the thrift shop.”

I handed him the three dollars, got into my car, and set the yearbook on the seat beside me. I wanted to find someplace quiet and explore every page immediately, but I had to hurry home because I was repainting the interior of my house that day. My wife had taken our two daughters to her father’s house to get them away from the paint fumes. I worked all day but the job took longer than I expected so I called my wife and asked her to stay overnight there so the paint would be dry before she and the girls returned.

I worked through the night and looked at the yearbook during breaks. I learned that Ben, the yearbook’s owner, was no average Joe. He was the Student Body President and Yell Leader, as well as a track and football star. Leadership also ran in the family because his younger brother succeeded him as president, which was a first for the high school at the time and probably hasn’t been repeated since. They were both exemplary students, full of boundless energy and ambition.

The first thing that impressed me as I flipped through the pages was how well-dressed and groomed everyone was. The next was the penmanship and eloquence of the comments. I had to keep reminding myself that they were written by teenagers. The language was charming and full of terms of endearment unique to the 1930’s like “good egg” and “swell fellow.” By all accounts, Ben was both.

But I couldn’t help feeling sad as I looked at the photos of Ben and his classmates, their young faces so full of high expectations for their futures, because I knew their lives had been lived and they were all either gone or very, very old. It was a lot like the “Carpe Diem” scene from the movie Dead Poet’s Society. Looking at photos of young people from another time has always stirred unsettling emotions in me and made me meditate on my own mortality. 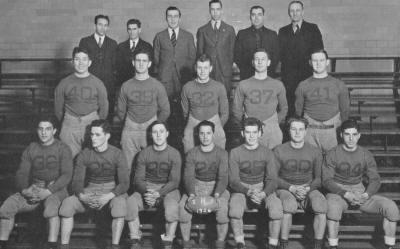 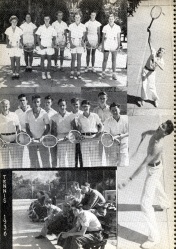 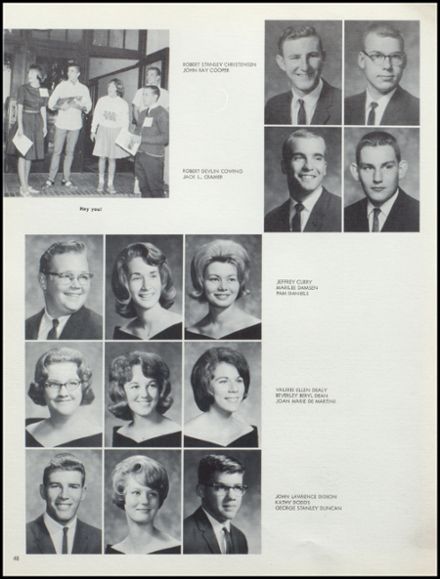 Before I returned to my work, I found a playlist on YouTube of hit songs from 1936 and said, “Here’s some music from when you were young, Ben. I hope you enjoy it.”

As I worked, Bing Crosby crooned Pennies from Heaven, Billie Holliday sang Summertime, and dozens of other enchanting tunes from the brightest lights of that era such as Benny Goodman, Guy Lombardo, and Tommy Dorsey transported me to the year when Ben was a high school senior on top of the world and destined for great things. As Fred Astaire sang The Way You Look Tonight, I imagined Ben slow dancing with his girlfriend across the floor of my living room. The fact that my house was built in 1939 and hasn’t been changed much in the years since only added to the ethereal effect.

With such wonderful melodies playing, work was easier and time passed quickly. When I finished, it was four o’clock in the morning. The music ended and the house was quiet. I sat down, returned to the yearbook, found Ben’s photo and said, “Thanks for keeping me company, Ben. I wish I could have known you.” Using the vernacular of the era, I added, “You seemed like a swell fellow.”

A few seconds later, there was a knock at the door, but not just any knock – it was a knock with the “shave and a haircut – two bits” cadence very common to the era Ben lived in – five knocks, a pause, then two more. I was startled because of the late hour but figured my wife had come home early with the girls for some reason. I was sitting close to the door so I rushed over and opened it. There was nobody on the porch. Thinking it might have been kids pulling a prank, I went outside and scanned the front yard. No one. I walked to the middle of the street, looked both ways and listened closely. It was as still and quiet as one would expect in the hours before dawn. None of my closest neighbors have children so there was no chance some kid quickly ducked into a nearby house.

Completely bewildered, I went back inside and sat down with the old yearbook again. A few moments later, it dawned on me with a chill that the knock on the door was Ben’s answer, his way of thanking me for playing the music of his youth, and for turning the pages of his yearbook so he could see the faces of his old friends again.

The curtain between this world and the next is thick, but every now and then, if we’re respectful and receptive enough, and if all the conditions are perfect, I believe we can be given a “penny from heaven” – a greeting from someone on the other side who is determined enough to reach us somehow. I was certain in that moment that Ben had been there, and that his happy, musical knock at my door was his way of saying, “Thanks, pal. You’re a swell fellow, too.”

(There are 100 other stories in this book about modern-day miracles and unexplainable events, available now in stores, online, or directly from me. 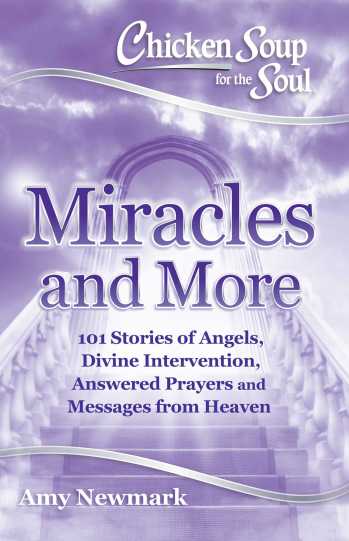 2 thoughts on “Pennies From Heaven – My story from Chicken Soup for the Soul’s new book, Miracles and More”