It was my last night in Greece and I only had fifteen dollars in my pocket. I had to decide between a meal and a bed. I chose a meal, and one last night of wandering. I could sleep when I was back in L.A. It was a Saturday night in July so there was plenty to see and do. The Greeks love to celebrate, and they don’t need a reason.

After dinner, I went to a music festival for an hour, then walked over to the Acropolis to get one last look. I was momentarily disappointed when I found the gate locked, but there was only a chain link fence around the base of the hill. Not exactly a fortress. I walked to a secluded spot at the perimeter, threw my sleeping bag and backpack over the fence, and crawled under it. I would have to keep my eyes and ears open because I saw armed guards with dogs there a few weeks earlier when I first visited.

Once inside, I walked to the Theater of Dionysus, talked to the statues holding up the dais, and delivered a monologue at center stage under the stars to whatever forgotten gods on Mount Olympus might be listening. For a theater major, it felt pretty amazing to have this stage all to myself, the same stage Thespis, the first actor to ever play a character in a play on a stage (according to Aristotle), once stood. (For those who don’t know, this is where the term “Thespian” comes from.)

Then I chose one of the cracked seats (sixth row, center, thank you), pulled a half-full bottle of red wine from my backpack, and imagined I was an ancient Greek watching some passion play. It wasn’t difficult. All I had to do was look at my feet and the brown leather Greek sandals I had bought on Mykonos months earlier.

The wine and the hour made me drowzy, so I hiked to a cave in the uncarved stone at the base of the hill supporting the Acropolis, laid out my sleeping bag, took a candle and a book of poems from my backpack, and invited some great company over (Frost, Longfellow, Dickinson, et al) as I watched hot air balloons glowing against the night sky in the distance, at some other festival.

Finally, sleep took me until I was awakened again by a high-pitched squeal. I held my candle up to the sound and saw . . . bats. Dozens of them, clinging to the walls. Though the night was warm, I got inside my sleeping bag and zipped it over my head, hoping they wouldn’t try to bite me through it. 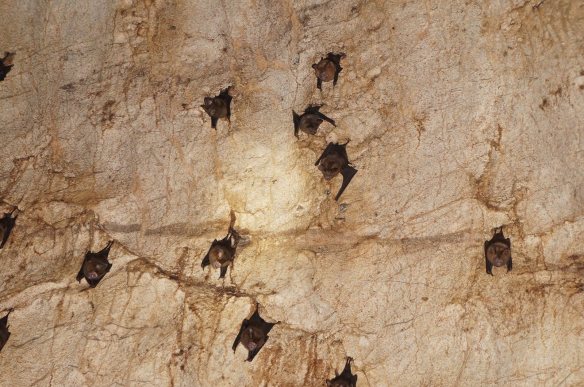 I awoke at dawn, and went out the way I came in. I was spotted by a guard from the top of the hill. He yelled but I just kept moving. Thus ended six months in Europe. I arrived home twenty pounds lighter, with less than a dollar of change in my pocket, but with a heart and soul filled to bursting, and a mind filled with dozens of new stories to tell my grandchildren. If I had spent that last fifteen dollars on a bed, I would have had nothing to write about. That old saying is true – “It’s better to wear out your shoes than your sheets.”